What is an oxygen sensor? How do they work? While there are many types of oxygen sensors, their working principle can be categorized in one of 3 ways:

Each of these ways to measure oxygen has strengths and weaknesses. While oxygen sensors are used in many applications and industries including automotive, health and medicine, industrial, food and beverage packaging, pharmaceutical and more,, each uses a different type of oxygen sensor best suited for the application.

Note that most oxygen sensors are designed to measure between 0 and 25% oxygen by volume or in breathable air. However, specialized oxygen sensors that can measure up to 100% oxygen are also available.

What are the different types of oxygen sensors?

Below are the specific types of oxygen sensing technology used today. Note that each one is best suited for one or more specific applications. Electrochemical oxygen sensors are primarily used to measure oxygen levels in ambient air. They measure a chemical reaction within the sensor that creates an electrical output proportional to the oxygen level. Because electrochemical sensors produce a current, they can be self-powered, making them useful for measuring oxygen gas battery-operated underwater diving and hand-held personal safety devices. Examples include breathalyzers, respiratory sensors, and blood glucose sensors.

In terms of sensor advantages, electrochemical sensors are sought after due to their low power requirements, lower detection limits, and are often less directly affected by interfering gases. They also tend to be the least expensive kind of sensor.

A challenge for electrochemical oxygen sensors is that they depend on a chemical processes that is temperature dependent. The output of most electrochemical sensors will rely heavily on temperature compensation to provide reliable readings over a broad scope of ambient conditions.

Another challenge for electrochemical oxygen sensors is that over time the chemical reaction slows down and stops, typically between 1 and 3 years depending on the sensor design. Storing them in an oxygen-free environment will not add to the life span of the sensor. As the sensor ages it requires frequent recalibration and is not as accurate as other sensors.

However, because of their rugged design, low cost, and self-powering, electrochemical oxygen sensors are used in many devices, especially hand-held gas analyzers.

AlphaSense is one of the most popular manufacturers of electrochemical oxygen sensors. Their sensors are used in dozens of 4-gas detectors and portable safety meters used worldwide.

Zirconia oxygen sensors use heat and chemistry to detect oxygen. Zirconia dioxide is coated with a thin layer of porous platinum to form a solid‐state electrochemical fuel cell. Carbon monoxide, if present in the test gas, is oxidized by the oxygen to form CO2 which triggers a proportional flow of current. The zirconia sensor does not directly sense O2, but rather the difference between the concentration of oxygen in the sample gas and in fresh air. Another feature of this type of oxygen sensor is that the small, zirconium-based element does not require calibration. They also maintain their accuracy, even when exposed to humidity or other gases.

Because of a zirconia oxygen sensor's ability to work at high temperatures and pressures, the possible application make it useful in the automotive industry. Virtually every car or truck manufactured uses two zirconia oxygen sensors, also known as lambda sensors, to adjust the fuel-air ratio to maximize combustion efficiency.

A variation on the zirconia oxygen sensor is the planar oxygen sensor. Like a traditional zirconia oxygen sensor, it is moisture resistant, rugged, and requires  a built-in heater to operate. However, instead of zirconia it uses alumina, which is able to achieve the required temperature more quickly. As a result, a planar oxygen sensor can begin reading oxygen levels in less than 10 seconds instead of the normal 30 second warm up time of a traditional zirconia sensor. This advance makes it a better alternative to automotive lambda sensors for reducing NOX gases present during cold starts.

Optical oxygen sensors are based on the principle of fluorescence quenching by oxygen. They rely on the use of a light source, a light detector, and a luminescent material that reacts to light. In many fields, luminescence‐based oxygen sensors are replacing the Clark electrode. In some sensors, the fluorescence is detected twice at a known time interval. Instead of measuring the total fluorescence, the drop in luminescence (i.e. fluorescence quenching) over time is measured. This decay-based time method allows for a simpler sensor design.

An example of a sensor that measures ambient oxygen levels using fluorescence quenching by oxygen is the LuninOX LOX-02. While it has the same footprint as traditional electrochemical sensors, it does not absorb oxygen and it has the advantage of a much longer lifespan. This makes it useful for devices like room oxygen depletion safety alarms which monitor indoor air for a sudden drop in oxygen levels from stored compressed gases. Another example is the TecPen Modified Atmosphere Packaging Handheld Oxygen Analyzer. The TecPen uses a thin coating of luminescent dye on the sensor and a micropump to pull the air sample past the fluorescing dye. The dye is excited at 507 µm and the resulting fluorescence event recorded at 650 µm. The duration of this fluorescence event – known as the lifetime – depends on the quantity of adsorbed oxygen in the sensor layer and can thus be used to determine the oxygen concentration.

Because it uses the faster optochemical sensing technology it is able to take a measurement in seconds. In addition, optical oxygen sensors can be very accurate with the ability to measuring oxygen in the parts per billion level. This makes optical oxygen sensors useful in processes like modified atmosphere packaging or weld purge monitoring that need to measure the absence of oxygen down to 3-4 parts per billion oxygen molecules. 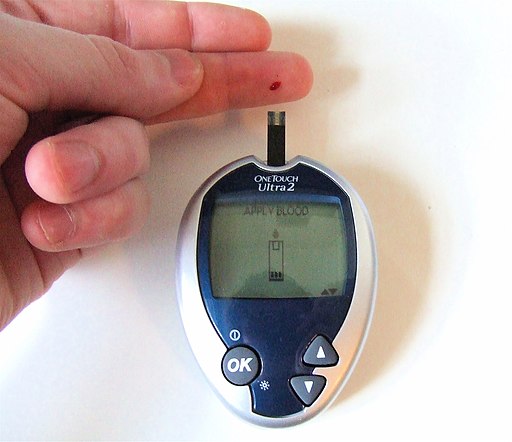 The Clarke electrode is a type of electrochemical oxygen sensor. It measures oxygen levels in liquid using a cathode and an anode submerged in an electrolyte.

The Clark electrode was invented to measure oxygen levels in the blood during cardiac surgery. Today it is commonly used in portable blood glucose monitoring devices that require a drop of blood.

The sensor uses a thin layer of glucose oxidase (GOx) on an oxygen electrode. By measuring the amount of oxygen consumed by GOx during the enzymatic reaction with the glucose, the blood glucose level can be calculated and displayed.

While only accurate to tenths of a percent of oxygen, their low cost has made Clarke electrode oxygen sensors available as consumer products. 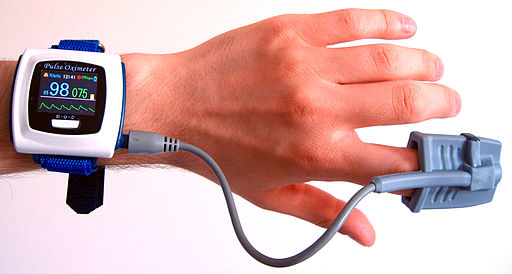 To work, infrared and red light are both pulsed through a thin layer of skin and measured by a photo diode. Because the wavelengths of the 2 light sources are different, the ratio of absorption of light through the skin is proportional to the amount of oxygenated hemoglobin in the arteries.

The advantages to purchasing infrared oxygen sensors are due to the fact that they are noninvasive, cost-effective, compact and easily can quickly detect low oxygen levels in the blood. Their downside is that some of the less expensive models are not approved as medical devices due to low accuracy and repeatability. An electro-galvanic oxygen sensor is a fuel cell based on the oxidation of lead that produces an electrical output proportional to the oxygen level inside the sensor. It is similar to an electrochemical sensor in that it consumes itself over several months as it is exposed to oxygen.

Because electro galvanic sensors are relatively low-cost and dependable devices that can measure 0-100% oxygen levels, they are used as medical oxygen sensors in many hospital ventilators as well as SCUBA diving equipment. The downside of electro galvanic oxygen sensors like medical oxygen cells is that they typically have a lifespan measured in months. These sensors tend to be accurate within tenths of a percent of oxygen. 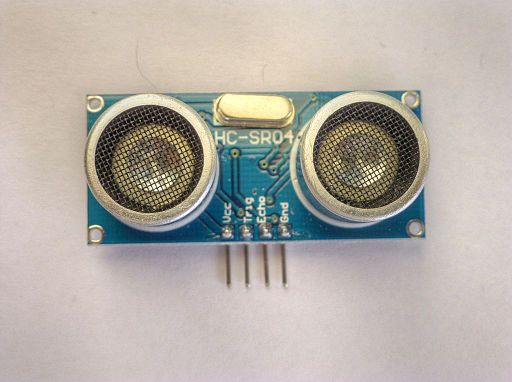 Ultrasonic oxygen sensors use sound speed to measure the amount of oxygen in a gas or liquid sample. In liquid, upstream and downstream sensors measure the velocity difference between high-frequency sound waves. The change in velocity is proportional to the amount of oxygen in the sample. In gases, the sound speed varies as the molecular composition of the gas varies. This makes ultrasonic oxygen sensors useful for anesthesia ventilators or oxygen generators where the output is a known concentration of oxygen gas. Typical applications that require ultrasonic oxygen sensing methods are hospitals, gas analysis, or applications involving oxygen concentrators or portable oxygen generators.

Tunable Diode Laser (TDL) oxygen sensors rely on spectral analysis. A laser beam at the wavelength of oxygen is directed through a gas sample to a photodetector. The amount of light absorbed by the oxygen molecules is proportional to the number of molecules in the sample.

The mechanism of the laser oxygen sensor was created to design analyzers for real-time measurement of gases such as H20, H2S, CO2, NH3, and C2H2 in gas streams. Many sensors have been used in various applications such as combustion systems, power plants, coal, and waste incinerators.

The benefits of laser oxygen sensor is their fast response time, accuracy within tenths of a percent oxygen, that they are inherently calibration-free and their long life. Their disadvantages are primarily their susceptibility to cross sensitivity from other gases.

Paramagnetic oxygen sensors rely on the fact that oxygen molecules are attracted to strong magnetic fields. In some designs, the sample gas is introduced into the sensor and passed through a magnetic field. The flow rate changes in proportion to the oxygen level in the gas. In a variation on this design, the oxygen in the magnetic field creates a physical force on glass spheres that are measured. While not a common sensing technology, it can be used in industrial process control applications where a zirconia oxygen sensor cannot.

Additional advantages of using a paramagnetic oxygen sensor are that the sensors are insensitive to mechanical shock, have high linearity, and are incredibly stable. There disadvantage is susceptibility to cross sensitivity from other gases.